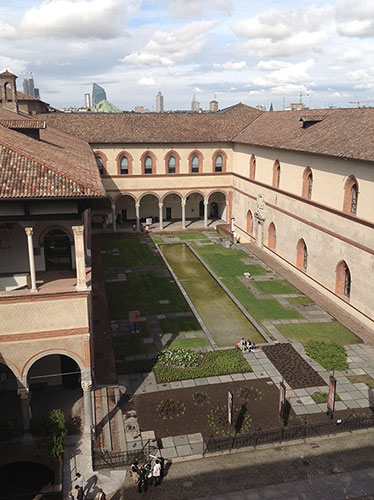 Under the patronage of the Municipality of Milan , the third edition of the festival was inserted into the program of Verdestate Milanese.

From July 6 to 16 , from 10 am to 23 at the Portico dell’Elefante and the Visconti Room of the Sforza Castle in Milan, the festival has promoted a multidisciplinary dialogue ranging from data collection to live performances , from motion graphics to sound design.

Guests of 2013 edition: Aaron Koblin, a designer leading the Data Arts Team at Google Creative Lab, an expert in data collection and author of innovative experiments in programming and collective participation; Daito Manabe, Japanese programmer who applies technological innovation to the possibilities of the human body , through mingling dance theater with physical performance . Among the artists of Italian birth or acquisition, the works of the triad of creatives who have attended and still attend the corridors of MTV International: Ced Pakusevskij, first art director of MTV, Daniele Carmosino, composer and sound designer, and the young Cristian Acquaro, already known for the high quality of his works.